The Origins of the BC Bluebird Society

In the late 1980s Vern Johnson of Oliver began building nestboxes and creating  nestbox trails. He enlisted the help of three other people in the Oliver area who were interested in conservation and they travelled further afield in the South end of the Okanagan valley.  They called their group the Southern Interior Bluebird Trails.

At the same time, others in the province were also making efforts to reverse the decline in bluebird populations by installing nestboxes.

By 1989 a number of these trails in the Oliver, Osoyoos and Penticton areas came together under the banner of Southern Interior Bluebird Trail Society, with Vern as the first president.  In 1992 charitable status was obtained.

Annual nesting data for native cavity nesting birds was submitted to Victoria from about five separate groups and compiled results were published. By the late 1990s SIBTS was receiving data from all areas of the province and many groups joined the Society. The reach of the society was now much more than just the “Southern Interior”.

In December 2021 the name of the society was officially changed to British Columbia Bluebird Society. 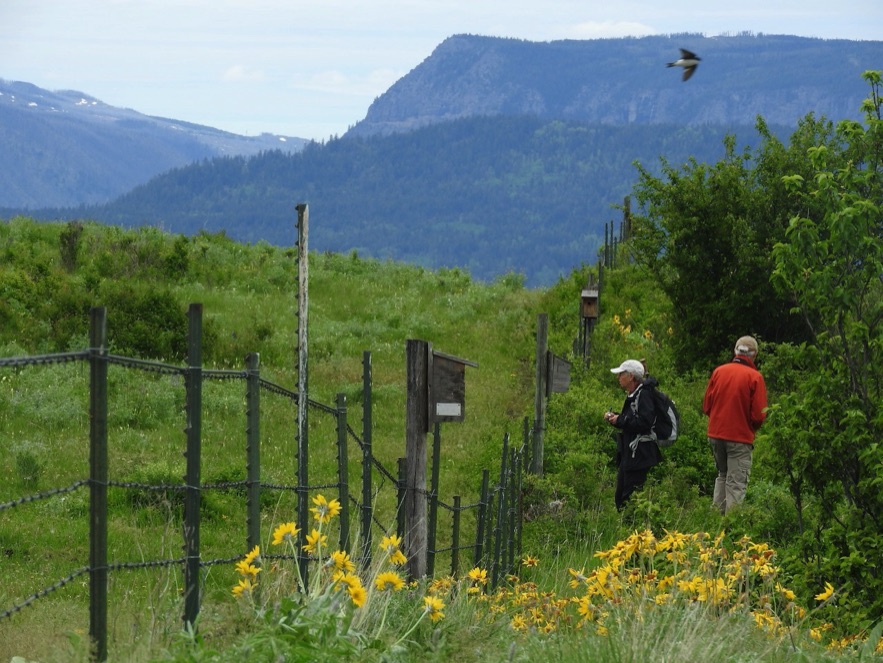